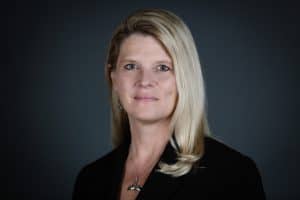 Christy Johnson grew up in Alaska and worked on commercial fishing vessels in the Bering Sea, Pacific Ocean, and South Pacific. After ten years at sea, Ms. Johnson retired her fishing boots and obtained her Bachelors and Juris Doctorate from Gonzaga and Gonzaga Law School. Ms. Johnson then became licensed to practice law in Alaska where she practiced family law for a brief period. Not happy with the practice of family law and wanting to stay true to her roots, Ms. Johnson moved to New Orleans and obtained her Legal Masters in Maritime/Admiralty Law from Tulane Law School. Following the completion of her Legal Masters program, Ms. Johnson became licensed in Louisiana and spent ten years working as a defense attorney handling personal injury cases under the Longshore and Harbor Workers’ Compensation Act (LHWCA), the Defense Base Act (DBA), and the Jones Act. In January 2019, Ms. Johnson left the defense bar and formed Mainstay Law LLC where she focusses her practice on representing injured workers’ under the LHWCA and the DBA.

Because of her extensive offshore experiences and her maritime defense work, Ms. Johnson brings a unique perspective to her practice. She understands the hardships faced by those who work, and are injured, in austere environments. Furthermore, Ms. Johnson has personal knowledge as to how insurance carriers view workers’ compensation cases such as yours and how they develop their defense strategies against you. This gives Ms. Johnson an ability to help you navigate through your workers’ compensation case and best preserve your rights to medical and indemnity benefits under the LHWCA and the DBA. Ms. Johnson’s DBA practice takes her across the nation and around the world so wherever you reside, Ms. Johnson is ready to stand up for you.

Admitted to practice in the following: 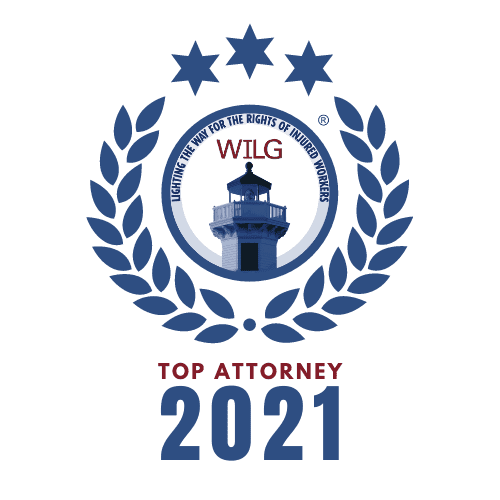 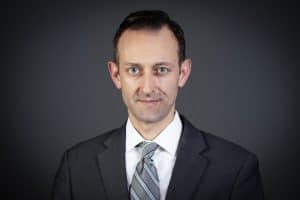 Michael Wawrzycki grew up in the Great Lakes region of New York, obtaining both a Bachelor’s and Master’s Degree from Binghamton University, before moving to New Orleans in 2003 to attend Tulane University Law School.  Since graduating in 2006, Mr. Wawrzycki has worked in a wide variety of legal fields, practicing at a large plaintiffs’ personal injury firm, small- to medium-sized defense firms, and as corporate in-house counsel.  The bulk of his experience, however, is in admiralty litigation, including personal injury cases under the Longshore and Harbor Workers’ Compensation Act (LHWCA), the Defense Base Act (DBA), and the Jones Act.  In November 2020, Mr. Wawrzycki joined Mainstay Law LLC, where he focuses his practice on representing injured workers under the LHWCA and the DBA.

Having worked for both plaintiffs and defendants; individuals, small companies, and large insurers; Mr. Wawrzycki has an advanced understanding of what admiralty claimants need to prove in court, how defense attorneys will go about trying to defeat those claims, and why courts rule as they do on pertinent legal issues.  This provides Mr. Wawrzycki with the capacity to help you with your workplace injury claim and preserve your rights to medical and indemnity benefits under the LHWCA and DBA.  Mr. Wawrzycki is ready to fight for you, no matter where you reside, no matter your circumstance.

Admitted to practice in the following: 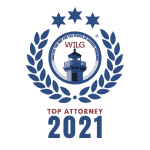 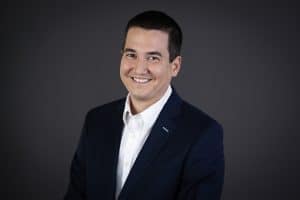 Pierce was born and raised in and around Chicago, IL.  He moved to New Orleans in 2002 for college at Tulane University and obtained his Juris Doctorate from Loyola University New Orleans College of Law in 2011.  Since graduating, Pierce has dedicated his practice almost exclusively to claims arising under the Longshore and Harbor Workers’ Compensation Act (LHWCA) and Defense Base Act (DBA).  He served a two-year term as attorney advisor to the Hon. Clement J. Kennington, OALJ (Covington) before defending employers and insurance carriers in LHWCA and DBA claims.  Pierce also has experience defending Jones Act, Louisiana state workers’ compensation, and liability claims.

Pierce brings his years of experience assisting with the adjudication of claims and defending employers to representing injured workers.  His knowledge of all facets of a claim gives him a unique perspective in helping injured workers secure the benefits they are entitled to.

Mark Tufts was born and raised in New Orleans. He received his 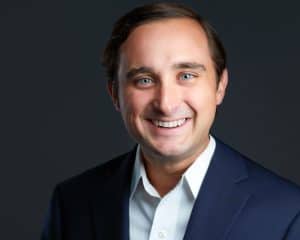 undergraduate degree in finance from Louisiana State University in 2012. In 2015, Mark obtained his Juris Doctorate from Loyola University New Orleans School of Law. At the same time, Mark also obtained a Master of Business Administration from Loyola University New Orleans School of Business. After law school, Mark practiced nearly six years defending employers and insurers in claims arising under the Longshore and Harbor Workers’ Compensation Act (LHWCA) and the Defense Base Act (DBA).

In mid-2021, Mark decided to join his former colleagues at Mainstay Law to start representing injured workers under the LHWCA and DBA. Similar to Mainstay’s other attorneys, Mark believes that his years of defense experience provides a unique and critical perspective in helping injured workers successfully pursue their claims. 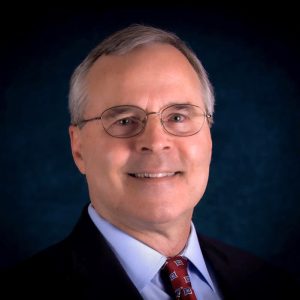 Frank W. Gerold received his undergraduate degree from Harvard University in 1975. Mr. Gerold then secured a National Association of Securities Dealer’s license and worked with First Investors Corporation for a year, selling mutual funds to investors. In 1979, he earned his Juris Doctor from St. Mary’s School of Law. While in law school, he was elected President of the Criminal Law Association.

Mr. Gerold is licensed to practice law in the State of Texas and was sworn into the bar in November 1979. He is currently admitted to the State Bar of Texas, the United States District Courts for the Southern and Eastern Districts of Texas, The United States Court of Appeals for the Fifth Circuit and the United States Tax Court. For the past 42 years, Mr. Gerold has devoted his practice to civil litigation, primarily in the defense of corporations and individuals involved in commercial, tort and personal injury matters. He has also performed legal services on behalf of Claimants/Plaintiffs in both commercial and personal injury matters involving questions of Texas law.  Mr. Gerold has appeared in state and federal proceedings in several jurisdictions including Texas, Louisiana, Florida, Tennessee and California. He has also given presentations on Alternative Dispute Resolution, as well as presentations on depositions, discovery, and expert witness practice in Texas. Mr. Gerold was Board Certified in Personal Injury Trial Law by the Texas Board of Legal Specialization from 1997 – 2007 when he elected not to continue that certification. Mr. Gerold has served and testified as an expert witness on Attorney’s fees.

Since 2010, Mr. Gerold’s practice involved the Defense Base Act and the War Hazards Act. He has handled numerous cases before the OWCP and has tried thirteen (13) cases as sole counsel for Employers and Carriers at Formal Hearings before Administrative Law Judges. Mr. Gerold has also filed appeals of ALJ decisions to the Benefits Review Board. From 2017 – 2018, Mr. Gerold prepared over 110 War Hazard briefs on behalf of Carriers. From 2018 to January 2022, Mr. Gerold was responsible for the workup and handling of approximately 60 cases at the OWCP and OALJ levels.  In February 2022, Mr. Gerold left the defense bar and became an attorney at Mainstay Law LLC wherein his representation focuses on helping injured workers entitled to LHWCA and/or DBA benefits. 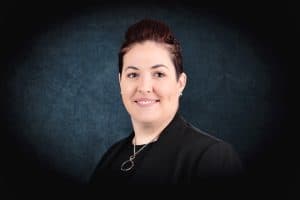 Haley Carter was born and raised in Houston, Texas. She graduated from the U.S. Naval Academy with Honors in 2006 and commissioned into the U.S. Marine Corps. Haley spent nearly eight years as a logistics officer, making multiple combat deployments in support of Operation Iraqi Freedom. During this time, she oversaw the Logistics Civil Augmentation Program (LOGCAP) III contract for Multi-National Forces – West (MNF-W) in Fallujah, Al Taqqadum, and Al Asad, Iraq and led funding validation for all other MNF-W contingency contracting efforts. She received her MBA with Distinction from the University of Liverpool in 2011 and later used her G.I. Bill benefits to attend law school, graduating from the University of Houston Law Center in December 2020. In addition to her time in the Marine Corps, Haley has nearly a decade of experience in various procurement leadership positions within the oil and gas, chemicals, and protective coatings industries.

Haley joined Mainstay Law in October 2021 because she is passionate about representing injured workers under the LHWCA and DBA. She understands first-hand the nature of work performed by our clients and the austere overseas environment. Her years of experience managing contingency contractors in combat operations brings a unique perspective and knowledge in helping injured workers secure the benefits they are entitled to. 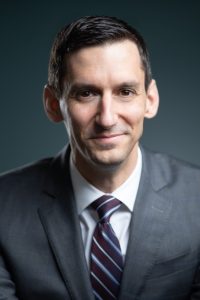 Ryan Bintz grew up in the Chicagoland area and obtained his undergraduate degree from the University of Illinois at Urbana-Champaign. Following his graduation in 2007, he was commissioned as a Marine Corps Officer and served the next six years on active duty. As an Infantry Officer with the First Marine Regiment and the Second Fleet Antiterrorism Security Team, Ryan served aboard U.S. Naval vessels and operated in over a dozen countries including Afghanistan, Cuba, South Korea, the Philippines. He continued his service as a reserve officer, deploying to support humanitarian civic assistance operations abroad. In 2019, Ryan obtained his Juris Doctorate magna cum laude from Illinois Tech’s Chicago-Kent College of Law. For the next two years, he practiced in various fields of litigation and investigation in Chicago and the Quad Cities. In 2022, he joined Mainstay Law LLC, where he focuses on representing injured workers under the Defense Base Act.

With his decade of experience partnering with defense contractors overseas, Ryan appreciates the hardships and risks faced by those who work to support the United States’ defense activities abroad. While his diverse professional and legal background allows him to effectively advocate on behalf of international clients, his unique perspective regarding their experience drives his zealous representation of their interests. 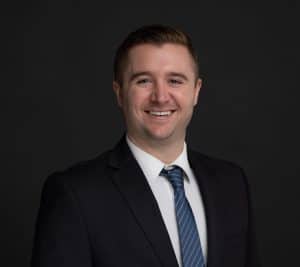 Garrett grew up in Greenville, Indiana, a small suburban town just across the Ohio River from Louisville, Kentucky. In 2015, he graduated from Indiana University, where he obtained his bachelor’s degree in Economic Consulting and Public Policy Analysis from the internationally recognized Kelley School of Business. Garrett always aspired to follow the footsteps of his father, a police officer, and to serve the community. Albeit a different facet of the legal system, after completing undergraduate school, he decided to follow his aspirations, pursue his juris doctorate, and, in 2018, he graduated from University of Louisville Brandeis School of Law.

In the years following law school, Garrett dedicated himself representing injured individuals and helping them to receive the compensation they unquestionably deserved. Indeed, his practice primarily focused on fighting for individuals hurt by the actions of Fortune 500 companies. This experience has allowed Garrett to acquire invaluable knowledge and skills which he will use go to battle for you and get the justice you deserve no matter how big or small the offending party.